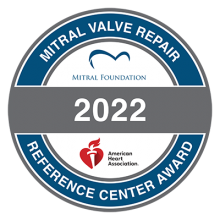 The Mount Sinai Hospital was among the first centers in the United States to be recognized as a Mitral Valve Repair Reference Center.

The Mount Sinai Hospital has again been listed on the “Honor Roll” in the U.S. News & World Report Best Hospitals rankings. The Hospital was ranked No. 6 nationally for Cardiology and Heart Surgery, and No. 17 overall.

About The U.S. News Best Hospitals

The U.S. News Best Hospitals analysis reviews hospitals' performance in adult and pediatric clinical specialties, procedures and conditions. Scores are based on several factors, including survival, patient safety, nurse staffing and more. Hospitals are ranked nationally in specialties from cancer to urology and rated in common procedures and conditions, such as heart bypass surgery, hip and knee replacement and COPD. Hospitals are also ranked regionally within states and major metro areas. The Best Hospitals Honor Roll recognizes 20 hospitals with outstanding performance across multiple areas of care.

A New York City research and information company, Castle Connolly Medical Ltd., a subsidiary of Everyday Health Group, publishes an annual database, Top Doctors: New York Metro Area, which lists those whom Castle Connolly has determined to be in the top 7 percent of the region’s physicians — nearly 6,000 in all. For the past 23 years, Castle Connolly has been providing New York with a shorter version of this list for the magazine’s “Best Doctors” issue.